2013 – The year that was, the year that is (just for two more days) and the year that flew past, it was a breeze. Occasional storms, but mostly clear skies – in fact more rainbows than rains.

Like all years, there was a lot to learn these 365 days and because it would be impossible for me to account each day, I thought I’ll do a months’ review!

So without further ado, here goes:

This year, life took a form. A sculpture was being decided on.  I found myself looking at a list of famous statues of the world and I instantly realized how every idol bore significance to each month this year.

I was scrolling down the page, looking at the wonderful pictures and was mesmerized by the statue of ‘The Little Mermaid’ in Copenhagen, Denmark. The sculpture is a depiction of a sad mermaid, who falls in love with a prince she saves from drowning and trades her voice for a pair of legs to the sea witch. However, she never gets her prince and is transformed into sea foam. Similarly, in January, I learnt and saw what ‘heartbreak’ looks like (literally). A dear friend of mine got his ‘thumping thing’ thumped and shattered. 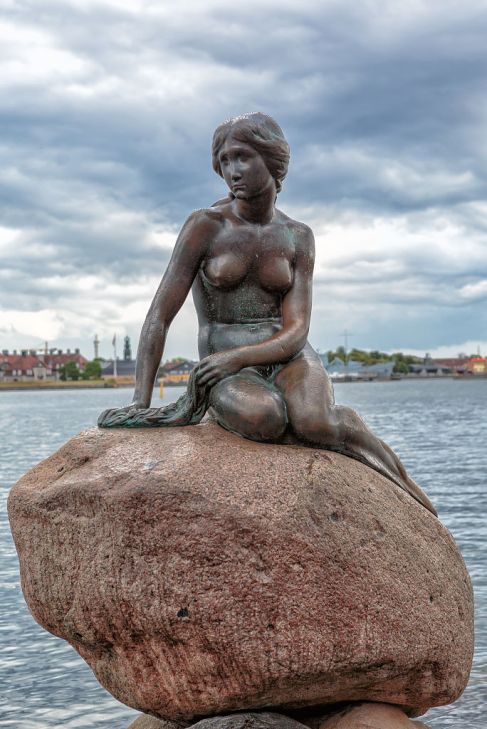 February was the month of ‘Christ – the Redeemer’. The famous statue in Rio De Janeiro always reminds me of the immense well of faith people have in themselves, in their religion, in people, in principles and above all, in love.  Yeah, my friend rebound – like a bop bag and turned into one helluva Casanova.  His confidence multiplied and so did his faith in finding love! 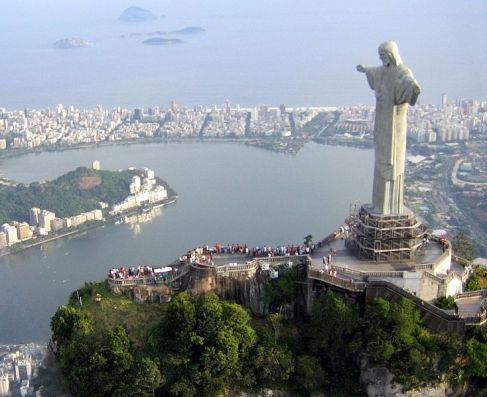 Athena, the Greek goddess of wisdom, inspiration and strategy took over in March. Much like the Alma Mater statue on the Campus of Columbia University, NYC, I saw my soul stretch its arms out to absorb and understand the knowledge the universe had to offer me. I begun to appreciate and comprehend how learning was an endless process and how vast the universe is. 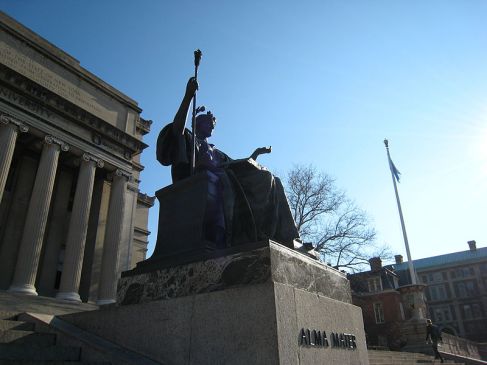 By the time April arrived, I was exhausted.  This was a month of sheer toil and hard work. A lot of grilling and drilling was happening and I was being shaped and sculpted to what would be a personification of the ‘The Thinker’, the famous statue by Auguste Rodin, the original version of which is in Paris.  Just like the sculpture, a contemplative calm and a frivolous restlessness took over. Maybe the restlessness was something I carried forward from the previous month. Maybe it was me trying to keep pace with the fast paced humankind. Fathoming the speed at which the world spun was something I was struggling at. I was learning perseverance. 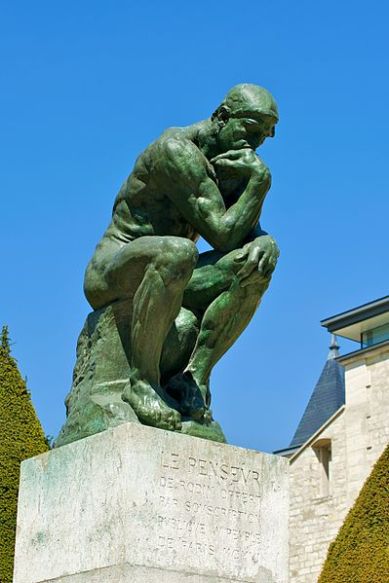 And then came May. At the middle of the year I was feeling like Michelangelo’s portrayal of the biblical king/hero ‘David’ who ruled over the United Kingdom of Israel, according to the New Testament. Michelangelo’s sculpture is a unique one which shows a nude David contemplating his yet-to-come battle with the giant Goliath. However there is something very relaxed and confident about David’s expression. There was a conflicting mixture of tense and unwind in the air of May. I started discovering patience. 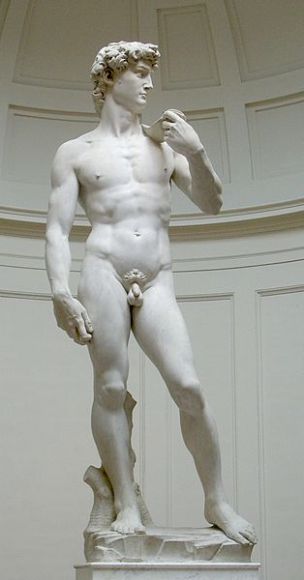 I once read somewhere, ‘Patience is a virtue for the bored’ but I realized that it is more of a necessity.

June, July and August was a content phase. There were new people, there was fun and there was contentment – just like the new ‘Madiba statue’ at the Union Buildings in Pretoria. Usually most Nelson Mandela statues have a raised hand, but this one is different. The statue, which was unveiled a day after the iconic president passed away, depicts Madiba with arms wide open. While Madiba is embracing the whole nation, I was embracing and receiving kindness from people. I was discovering love. I was discovering a new side of myself – a side that was awakened by affection, by deep love and caring. 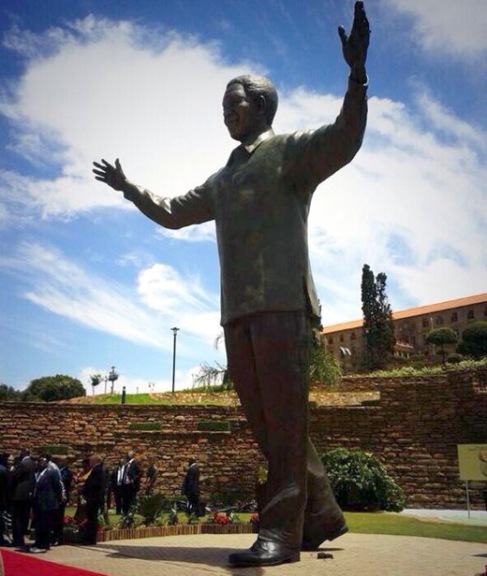 But as they say, mankind can never be content and so, I was rattled by the perfect pace of life. I’d like to compare September, October and November’s state to the sixth duckling ‘Quack’ in the ‘Make Way for Ducklings’ sculpture set commissioned at the Boston Public Gardens.  Inspired from the popular children’s story written by Robert McClosky, the sculptures show a mother duck followed by nine little ducklings that are searching for a place to settle down. Quack looks frustrated and agitated following mommy around. But in course of time, mommy teaches Quack and the others to become accomplished Ducks. That is exactly what I learnt. Just like Quack, I was disturbed with the pace of life, but life was teaching me things I needed to be an accomplished person. Not that i am now, but i try, life tries! 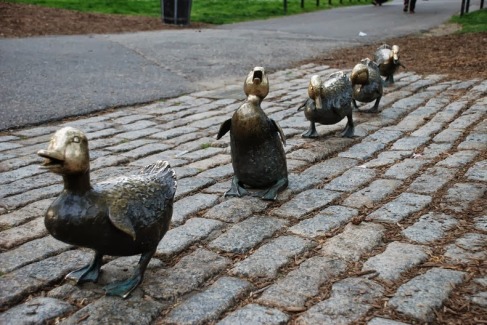 December came with pomp. I can relate the merriest month of the year to nothing but the statue of a ‘Laughing Buddha’, a sign of prosperity, luck and joy. The Budai, as he is referred to in Chinese, signifies ‘enlightenment’. He is also called ‘The One who is awake’. December taught me gratitude. It reminded me of how lucky and loved I am and above all, filled me with a sense of humility.  Plus, I may have put on a little weight like the ‘Laughing Buddha’, but at the end of the day, I had a bag full of goodies bursting at its seams! 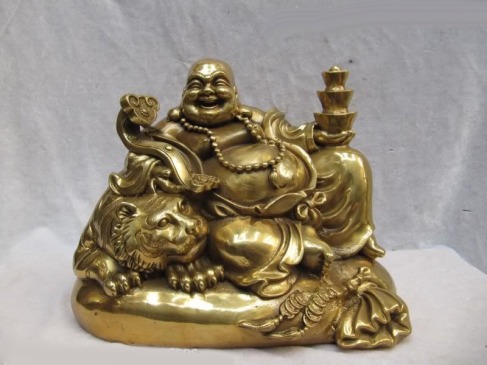 That was 2013 for me. A year of great learning, a year that inspired me, that helped discover a part of myself and gave me a lot of things to be thankful for.

I hope yours was good too. And hey, maybe I’ll send a ‘Budai’ over to your place for a great start! 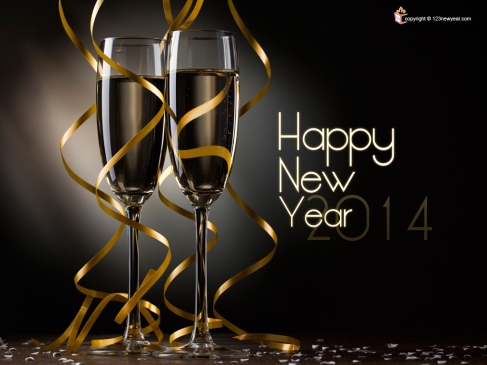