“Dreams feel real while we’re in them. It’s only when we wake up that we realize something was actually strange.” – Cobb (Leonardo DiCaprio, Inception)

I do realize that this blog is becoming more of a dream journal, but make of it what you will. So this is another crazy, wacky dream i had last night and it was surreal. It almost felt like a Michael Bay Movie (No, Optimus Prime didn’t really make an appearance and neither did Megan Fox) with an Indian twist to it.

I haven’t mastered the art or science of Lucid Dreaming yet, so i do not (absolutely do not) control what i am dreaming of. And for those of you (you know who you are) who go off analyzing my dream – hey! just relax and watch the movie okay!?

You got your popcorn ready? How about adjusting that cushion behind your back? Comfortable? okay. So here we go.

This is a Rapti Dreamworks production.

Disclaimer: All characters in this dream are real and bare solid resemblance to the respective person. However, the situations that the characters handle may or may not be humanely possible because duh! this is a dream (that’s why i love dreams)

Starring: (ok be nice people, DO NOT Giggle! and please, it’s an honor that you guys have been in my dream and i took the liberty to use your pictures so sue me!) 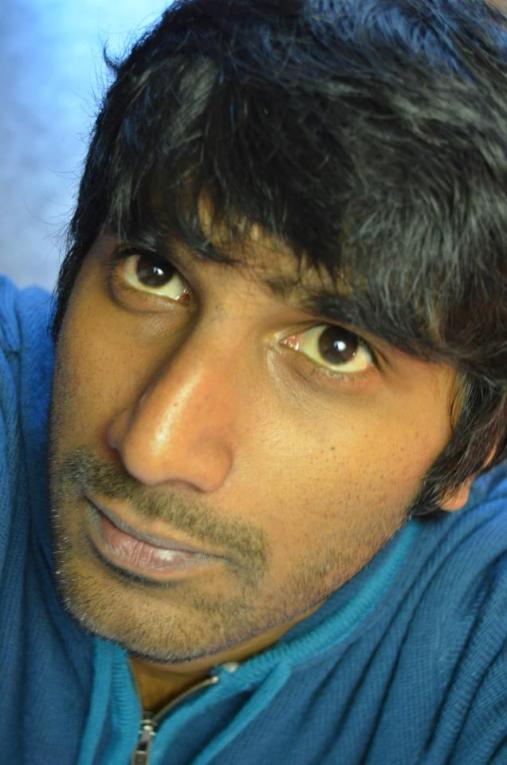 Neelabh Krishnan as himself

Sourish Das as himself

And Me of course!

Special Thanks to Ms. Guahar Khan (cameo role – hardly two seconds, no actually half a conversation or just few sentences)

The cold breeze blew a few locks of hair off my face as i stood in front of a stone stucco building, several floors high. It was as if i was anticipating something – like a leopard waits until it’s ready to pounce on its prey – but i knew not what i was waiting for. The entrance of the building – a dark corridor – catches my focus.

I find myself staring hard at it. And then suddenly, something just whizzes me by – like “Flash” taking a “stroll” in the corridor. I am jolted, a tad bit puzzled. My curiosity gets the better of me and i start chasing that thing. I cant believe i am running this fast – i am speeding, like lightening and i marvel at my ability. ” wow, I’m awesome” i think to myself (narcissist even in the dream).

The chase gets intense now. That thing is faster than me. We jump like Neo (in Matrix) atop buildings, covering one after another and then suddenly, i see that thing jump down a building. Let me remind you we were jumping across buildings and now this atrocious thing just dives below.

Hey, I didn’t see that coming and that thing was really fast you know. I jump to follow it to and land in a long narrow balcony (by now it feels like an arcade game). I see the thing standing at the other end of the balcony. I cant really see what it is but suddenly i realize its not a thing, it is someone – charging at me!

But i’m no coward. I charge right back at him and as he gets closer i realize it’s Frank! There is an evil glint in his eye and a devious smile (a nefarious, sinister, diabolic one – okay i’m exhausting my “evil” synonyms).

But right when he is about to hit me, he disappears inside a door to his right. I follow. I’ve just chased him down two flights of stairs when two burly policemen catch hold of us. They mistake us for ruffians trying to break out of the prison. (yeah, the building we landed on was a huge prison)

They take us in and i see a long dimly-lit corridor. It has doors on either sides. I say to the policemen i want to inspect the cells (yeah, suddenly they let a thug (or so called one) become the hygiene inspector of the prison cell) and so i venture in.

And then appears Guahar jaan. {Guahar Khan is the winner of Bigg Boss Season 7, which is a rip off of US’ Big Brother – the CBS Network hit show. I watched Bigg Boss religiously, everyday and Guahar was a pain in the wrong place. Too much drama – maybe that’s why she won!} (Is Guahar even a name! i bet people have called her “guava”). Ok. I digress.

Guahar is arguing with a policeman that her prison cell is too small and she cannot “for the love of god” live here because her chapstick will get to hard for her too use! I peer into her cell and see a sink and a toilet to the right (exposed, no wall, just like prison cells) and a bed to the left. It was decent. Why was the woman making such a fuss?

“Hey Guahar! You’ve never lived in a dormitory have you?” i ask. “NO!” she replies grumpily.

“I’ll teach you how to adjust in the prison cells, i’ve studied in boarding schools almost all my life and they teach you life lessons there,” i say and walk away feeling good about myself (there i do it again!)

And when i return, i see Frank sitting on a corner bench and two others sitting beside him. Then i realize it’s Neelabh and Sourish!

I jump with joy and we hug. They seem equally elated.

“So what have you done? why are u in prison?,” i ask inquisitively!

I look at them with disgust and am about to say something when a man in a white shirt and black trouser calls my name. I go across to a wooden table where the man is seated. There are papers strewn all over. Frank is sitting to his right but i cannot see his face.

“That’s how much you need for bail!,” he replies without looking up from his paperwork. He sure knows how to act busy!

I have no money with me. What am i going to do?

I see Frank counting money. All cash, “hey Frank! pay my bail please, ill pay you back when my salary comes!” (god they pay me peanuts at work!)

Frank looks at me with astonishment! The girl who got me into prison wants me to pay her bail! really?

But because he is a good guy, he pays my bail and walks away as if he is batman! hmph! whatever! (batman is a loser anyway)

Neelabh follows Frank and Sourish comes up to me. “Let’s go home,” he says and we start to walk.

On my way home i say, “i feel really bad for taking bail from Frank but tell me one thing, where does he get so much cash?”

“BYJU” sourish says. So BYJU’s is a competetive exam training center where all of us, except Neelabh temped at in “real life.”

“Then why don’t you have any cash? Why do you pick pockets?” Sourish was a big shot at BYJUs. He was the man, you know. THE MAN!

Sourish doesn’t say anything. We reach a bakery and i realize i’m hungry. “I want a cream roll!, please buy me one” i ask sourish.

Being the sweetheart that he is, he does and im staring into the white cream of the roll.

I stare so hard that i WAKE UP!

Yeah, what did you expect? tell me in the comments below while i go catch up on some more dreams.